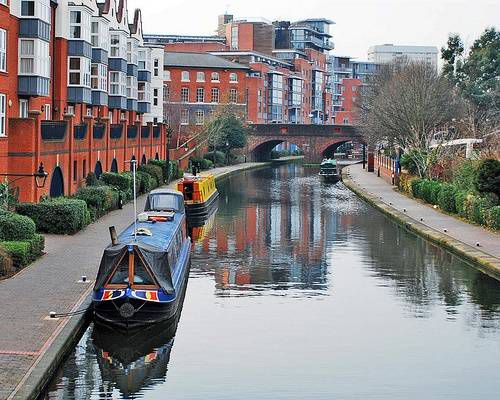 Demand for Birmingham has grown exponentially over the last few years and looks set to continue in 2020 as the Big City Plan provides new amenities, mixed-use spaces and exciting new landmarks. With 40% of the city’s core inhabitants under-25, Birmingham maintains the 4th highest graduate retention rate – 41% year-on-year of over 100,000 full-time students.

Birmingham has also seen demand bolstered by people moving from overseas and London. The second city is the most popular location for Londoners leaving the capital according to the Office for National Statistics and four major universities in the city attracts a range of international students from across the globe.

This has created an undersupply of property and an incredible increase in rental potential within the city – JLL predict that rental prices will increase by 12.5% over the next three years, demonstrating the long-term staying power that Birmingham is building.

While you may expect this level of demand would be difficult to maintain, Birmingham’s population is still predicted to jump up to 1.3 million over the next 20 years. At this rate, 89,000 new homes would be needed between 2011 and 2031 – the wider plan for Birmingham development still only accounts for 51,100. This shortfall of nearly 38,000 demonstrates just how much people want to live in and around Birmingham and the competitive nature of the market.

So how does this affect you as an investor? As you’d expect, the lower the supply, the higher the demand and the more prices rise. While undersupply is a challenge affecting the entire UK market, Birmingham is particularly competitive. This is just one of the reasons that the Royal Institute of Chartered Surveyors (RICS) believes average UK rents could rise by 15% as soon as 2023.

With Birmingham making huge improvements to infrastructure, transport links, commercial space and business growth, it’s no surprise that the population and the economy is growing so rapidly.

Apex Loft is a project in Digbeth where will be closed to HS2 station coming in a few years direct to London. Digbeth is one of the most distinctive parts of the city and is less than ten minutes walk from Bullring & Grand Central. Recently named the Coolest Neighbourhood in Britain by the Sunday Times, hailing the Custard Factory’s cafes, independent shops, cinemas and arts venues, whilst celebrating ‘the best bar snacks in the postcode’ from The Old Crown and the district’s weekly food and drink festival, Digbeth Dining Club.